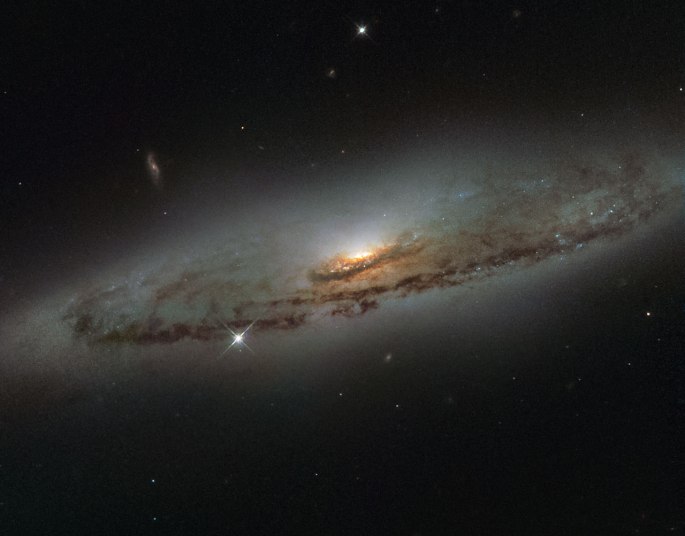 A flat and dust-filled disk orbiting a bright galactic bulge

This startling Hubble Space Telescope image of spiral galaxy NGC 4845 highlights its spiral structure but hides a monster. Deep within the center astronomers have detected a supermassive black hole, estimated to be in the hundreds of thousands of times the mass of Sol.

By following the movements of the innermost stars of NGC 4845, astronomers were able to determine they orbit around the center of the galaxy at a velocity indicating the presence of a supermassive black hole.

Learn more about the ESA.

Take the journey of NASA.

Learn more about the Monster of the Milky Way – Sagittarius A.

Learn more about the formation of new stars.

Read about astronomers recent observation of something Einstein predicted, but until now we have never observed, gravitational waves.

Learn about private firm Planetary Resources plans to mine an asteroid within the next decade.