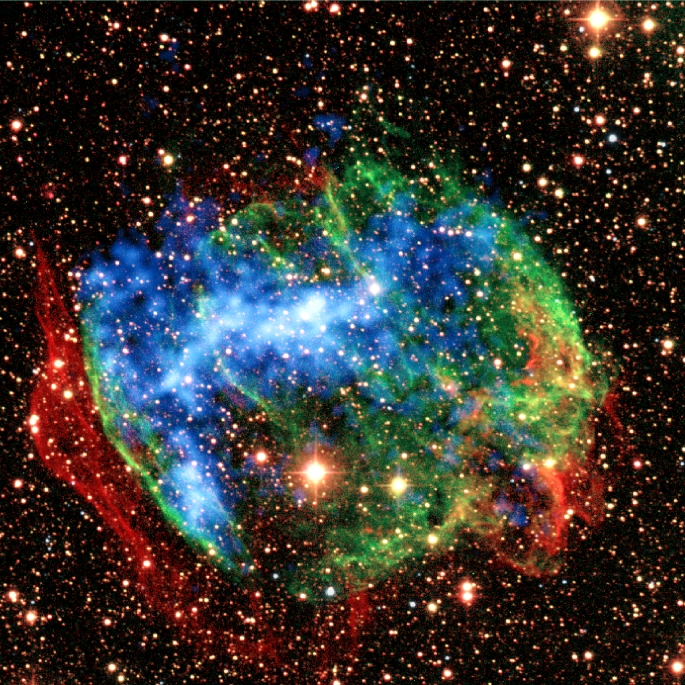 Astronomy News – Black holes are stellar objects of the most unusual nature and temperament. They’re also something we haven’t witnessed being born during the human journey to the beginning of space and time, until now. NASA astronomers using the Chandra X-ray Observatory to take a look at W49B, a 1,000-year-old supernova remnant, found it to be unlike any they have observed before. In fact, this supernova remnant could have left behind a black hole.

When the most massive suns reach the end of their lives, their central regions collapse and trigger a chain of events that ends in a supernova explosion. Astronomers studying W49B found this supernova remnant was formed when mass from the poles of a 25-solar mass star shot out at a much higher speed than mass shooting from the equator. This is the first supernova remnant with this characteristic they have found in the Milky Way.

Looking for the rabbit hole

Astronomers also couldn’t find the characteristic neutron star they expected to detect within the remnant, which leaves scientists wondering if there’s a black hole lurking somewhere within the cloud. Star scientists are currently studying data concerning W49B, trying to find the telltale evidence they need to indicate the presence of a black hole. Should they find the evidence they’re looking for this will be the first opportunity to study a supernova responsible for creating a young black hole.

Watch this YouTube video of the Birth of a Black Hole https://www.youtube.com/watch?v=0kgS0PeQN1M.

Are you looking for a moderately priced telescope?

Read about NASA’s mission to Mars