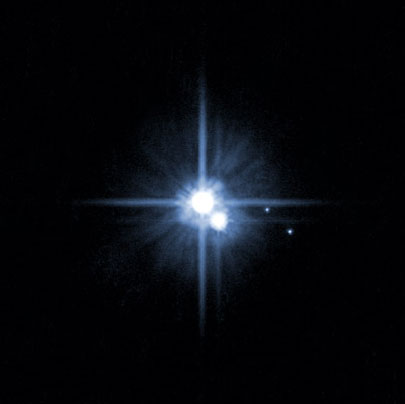 Considered the ninth planet for nearly 75 years, the second biggest dwarf planet discovered in the solar system. Pluto was originally given the name of the Greek god of the underworld by 11-year-old Venetia Burney.

Space & Astronomy Wiki – the planets in the solar system –

The furthest of the original nine planets in the solar system from Sol at 3.7 billion miles (5.9 billion km) or 39.5 AU, Pluto is the second biggest dwarf planet behind Eris, which is about 28 percent more massive.

Orbited by moons Charon, Nix, Styx, Kerberos, and Hydra, Pluto was discovered on February 18, 1930, by Clyde W. Tombaugh. Charon is almost 50 percent the size of Pluto and is believed to be the result of a collision between a planet-sized object and the dwarf planet early in the history of the solar system.

With only 12, 173 miles (19, 591 km) between Pluto and Charon, astronomers and space scientists consider the pair to be a double planet system. The entire Pluto system is part of the distant Kuiper Belt, a distant disk-like region beyond the orbit of Neptune full of icy bodies formed during the early history of the solar system.

What are planetary scientists saying?

Some planetary scientists think Pluto could have an ocean hidden beneath its icy surface, but this cold and distant body isn’t thought to be a place life could exist. Scientists estimate this dwarf planet has three times as much water in the form of ice as contained within the oceans of Earth.

The surface is also covered by frozen methane and nitrogen gas, which thaws as Pluto nears the Sun, forming a thin atmosphere composed primarily of nitrogen, carbon monoxide, with a little methane thrown in.

NASA’s New Horizons spacecraft is the only human envoy to be sent to the Pluto system.

Follow NASA’s New Horizons spacecraft as it closes in on Pluto and Charon and prepares to write space history.

Read about the search for the missing link in black hole evolution.

Learn how your firm or private institution can become a leader in the human journey to the beginning of space and time.